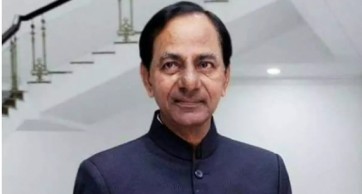 Ahead of the launch of the national party - Bharatiya Rashtra Samithi by Telangana Rashtra Samithi (TRS) chief, NRIs from various countries held a virtual meeting. NRIs coordinator B. Ganesh moved a resolution in support of KCR's decision and the same was adopted unanimously.

The NRIs from Telangana, Maharashtra, Tamil Nadu and other states felt that the development of India will be possible only under the leadership of KCR. They were confident of a qualitative change in the country. KCR's leadership is imperative to lead India towards development.

They were of the view that India is the land of natural resources but the successive governments have failed to utilise them to achieve the development goals. They said the present government at the Centre has no agenda except provoking religious issues.

NRI leader Mahesh said he was planning launch a campaign to educate all Indian NRIs living in different countries about the growth and development witnessed in Telangana state under the leadership of KCR.

Anil Kurmachalam from the UK said that India registered low growth in the BJP regime. KCR has set things right in just 7 years in Telangana which was completely destroyed in the united Andhra Pradesh. He hoped India under KCR's leadership will progress with jet speed like Telangana.

Jagan, a NRI from New Zealand, was confident that KCR will definitely make his own mark in national politics and the NRIs will support Bharatiya Rashtra Samithi.

NRI Rajesh from Sidney ( Australia) said the NRI already appealed to KCR to enter into national politics four years ago. His NRI wing will extend all support to KCR's new political journey in national politics.